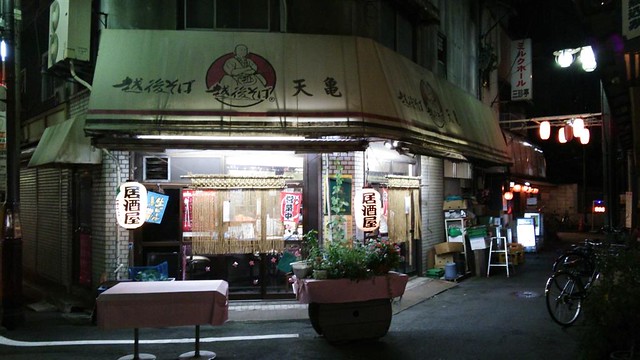 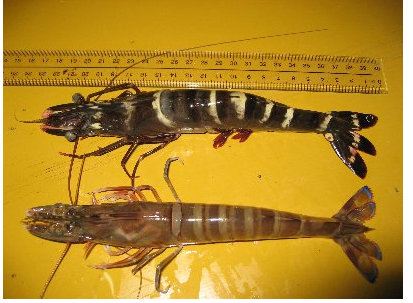 Since I do not post here... let's play then!:D
http://ask.fm/merankorikku

A couple of days ago I failed to refrain from purchasing at Bath&BodyWorks once again. I got a 20% off sale leaflet once I entered the shop that day, so 仕方なかった XD I randomly wandered around the place and absently looked at the counters. Then a shop girl came up and offered to show some SPA products. Why not to try, I thought. After the demonstation a long process of choosing followed :D  Since the stuff there is quite expensive I could afford just one product. Finally I made it for a sugar body scrub with several types of essential oils and a refreshing citrus scent.
I totally fell in love with it!*-* It may be used instead of your usual body wash once or twice a week. It makes your skin really soft and polished *-* There's no need to apply any body lotion after taking a shower since the oil blend does all the work and leaves a nice lemon aroma. Seriously, as of now it's the best body scrub I've ever used! After having a shower you feel like you really went to a SPA salon~ 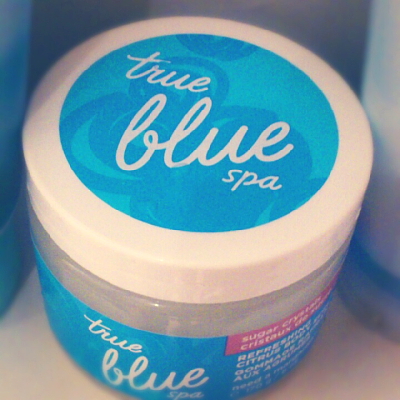 I was sitting and thinking of what I want to do now, since I have lots of stuff to do and can't decide which one I want to get down to in the first place. Then I randomly clicked a link among my bookmarks and that was LJ XD

Finally I graduated and still can't believe I did. Feel so strange because of no need to rush anywhere... Basically now I study Japanese, read books and put thing in order in my room. It's been only a week, and it feels like it's been a month really.

Made myself a graduation present and bought that body mist I was longning for at Bath&Body Works. And a bottle of body lotion since I needed one anyway. 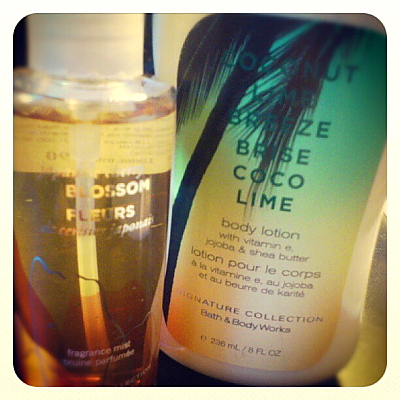 The mist is called Japanese Blossom Fleurs, it's the most gentle scent among all the range, to my mind.
The lotion, despite being called Cocolime, has no coconut scent in it, just lime with something else x3
じゃあ、ここまで。
勉強に戻ろう♪

Shall I make a post full of negative emotions? I think I NEED to.
First, I'm soooo sick&tired of my thesis >< Yes, I'm STILL working on it. Just had a week off while my professor was checking my work. And now here it is, my beloved, sweet&cute final paper >< have to make heaps of major corrections...Hate it to death =___=
Then, driving school. It's another pain in the ass. I was practicing  back-in parking for 3 (!) hours and still can't do it properly >< I'm hopeless (´×ω×`)
Third, TRIGGAH are going on hiatus T___T whyyyy?!?! no, I won't come over if they disband too. Like, seriously...
Fourth. This just pissed me off completely. We bought some cheese today at a grocery shop near our house and when I was about to prepare sandwiches, I took the piece and saw that there was mold on it!!! The thing is, it's not the first time I get spoiled food at a store, and even not the second. I don't know, maybe just my family is so 'lucky', but we often, really often, happen to buy bad food. In different stores, shops, malls and whatnot. Some of these stores are concidered to be of really high-quality. And the prices there are quite high. Like, if you buy pricy goods you expect them to be of appropriate quality, right? Buy here it is not so. You may go to a top-class supermarket and buy, let's say, a loaf of bread for $3, when in a common store it costs less than $1, and still this pricy loaf may turn out to be spoiled. No need to say that in most of common chain-groceries the quality of food sold there is often even lower than in those top-class supermarkets (cuz most of the food that past its expiry date from those high-class stores is sent to the common ones). What I'm trying to say is, here in this country you have no quality guarantee even if you pay big money. I'm so tired of this...I'm not sure if there's such a sutiation in every city though, I just know that I hate this particular city. It's just getting really impossible to live here. Lots of reasons to this, growing population, constant traffic jams, public transport is overcrowded 24 hours a day, rude people, bad quality of things and food, awful service, extremely high prices.... I'm going to move as soon as I have an opportunity to. Have not decided where exactly I'm going to move, other country probably or just some other city, but I defenitely do not want stay and live here.
Sorry for such a depressing post, I simply couldn't bear all these thoughts inside...

Finally I'm done with my exams and little by little returning back to normal life XD
As I promissed, writing a report~

On the D day I got up pretty early despite turned back home from a trip to St.Petersburg late the previous night. Sadly, forgot to take a pic of my goth-ish outfit before leaving home =_= and on my way  to the livehouse I got caught in the rain and the humidity ruined my hair >< but that's ok, we're going to make a photosession sometime in June and I'll be wearing the same outfit.
So~ we arrived to the livehouse at about 1:00PM, there were several people at the doors already. There was a girl who was marking queue numbers. See, we don't have this Japanese system when you have your entering number on your ticket so you don't have to come to the livehouse early in the morning to line up in advance so that you could be in the front row XD But Russian jrock fans invented their own queue system XD before each live there's someone who you can come up to and get a number. Usually this person puts down your name on a list and then writes your number on your arm. Since we came not that early we expected to be 100-something-th on the list, but surprisingly we got 64-65. Door open was planned at 6:00PM, start at 7:00, so we had pretty much time to hang around. Luckily, the rain stopped, but still it was quite cold =_=
We had a present for the band this time too, as we did last year. Here it is:

Unfortunately, there's a digital scketch only, the printed banner was so big that I had no space in my room to take a full pic of it XD
We signed it and wrote our wishes to the band on the back and handed the gift to the staff. I hope Asagi will post the pics of the presents they got during the tour as he did last year *w*
Actually, we hoped that the staff would hang the banner inside the livehouse, but it was impossible in this particular place T^T
At 6:30 PM the doors opened and we got inside~ we happened to stand in 3-4th row kamite.
Before the live they held a short sort of MC, so we could ask the members a question. I didn't cuz I had nothing to ask XD seriously. There were questions like:
1. To all: What is your way to create music?
At first the guys got confused since they didn't know who was to answer the question. They laughed and handed the mic to Asagi LOL. He said, first they make music via PC, so the members work on a song altogether, and then they join all the pieces and make arragement if needed.
2. To Tsune: What do you prefer to do on a date?
(jeez, good I can understand at least a little Japanese, cuz the interpreters were awful ><)
Here it is, the girl (Japanese staff) who translated into Japanese either didn't get the question or just changed the meaning cuz maybe the question was rather tricky for a Japanese LOL. So Tsune replied, he likes to sleep and something else I don't remember well.
3. To Ruiza: Why did you choose "Abyss" as the name for your solo album?
Cuz it reflects his personality XD
4. To Hiroki: Why did you take up the drums?
He said, he used to be a guitarist in middle school, but had to quit to continue his education in high school and there he joined another band, but they had no drummer, so Hiroki said "ok, I'm taking the drums then" XD
5. To Hide-zou: What are you going to do after the live?
To have dinner, then hug the members and go drink vodka :D
6. Aaaand the highlight of the programme - they were asked to say にゃ(/_-) srsly, when Asagi heard the question he was about to make a facepalm XD
Hide-zou and Tsune growled it. Asagi...Asagi is a troll XDD he stood up, walked to the edge of the stage, put his right foot on a monitor, made a paw with his hand and pronounced in a very, very sexy voice XD the audience went all "waaaaahhh!!", then Ruiza unexpectedly said  にゃ in an extremely seducive voice *__* XDDD so, Hiroki had nothing left but squeak it in a high pitched voice XD
Probably there were some more questions, I forgot. During the whole MC Asagi and Ruiza (they were sitting side by side) were exchanging looks and giggling all the time (/_-) XDDD When not sniggering with Asagi, Ruiza was sitting and examining the audience with a broad smirk XD sometimes giving someone in the crowd a nod. Asagi, when not engaged with communicating with Ruiza, was also casting glances at the audience, but he looked kind of stressed. Ah, he is still the same~ back in 2005 Asagi seemed to be afraid of cameras during interviews or comments and all the situations when he didn't have to sing and just sit still XD  so it hasn't changed.
Moving to the actual live~
Setlist:
1. Der konig...
2. In the name of justice
3. Huang di
4. Yami yori kurai~
5. Hana madoi
6. Sleeper
~Drum solo
7.Desert warrior
8.Night-ship D
9.Yami no kuni no Arisu
10. Dying message
11. L'oiseau Bleu
12. 7th Rose
13. Guardian
Encore #1
EDEN
Encore #2
Day by day
I'm not sure but I got a feeling that the second encore wasn't planned O_O Like, we welcomed them really passionately so they decided to make us a present performing an additional encore. They seemed really happy~~ since I was at kamite, I watched Ruiza only and a little of Asagi. Ruiza smiled like crazy all live long XDD he stepped very-very close to the edge and let the girls touch him on whatever they wanted to XD he looked so happy when bended forward the audience and we patted him on the head ^_^
Asagi's Russian got a lot better! Almost no accent~ he can say "Hi", "Russia", "Thank you" and "I love you" x3
What else...actually, there's very little I have to verbalize, I can't desctibe it by words..... you have to see them live at least once to understand my feelings. They're simply amazing. Despite having an image of a goth-metal-whatnot band, they're soooo funny, friendly and simple.

I'm ready to do anything except work on my final research paper >< Simply can't make myself get down to business. Will procrastinate up to the deadline xD
Ok, as of now I have some girlish stuff to write about~